Team 857 has been busy working on everything from the intake to the elevator for the robot, drilling and riveting as well as testing and sizing endlessly. All of our hard work has finally come to (almost) an end…. there is ONE MORE WEEK UNTIL BAG AND TAG! (All right, don’t start sweating.) We here at 857 are getting impatient to start competing and go travel to competitions! Check out some of these cool pictures of our progress building the robot from start to (almost) finish….. 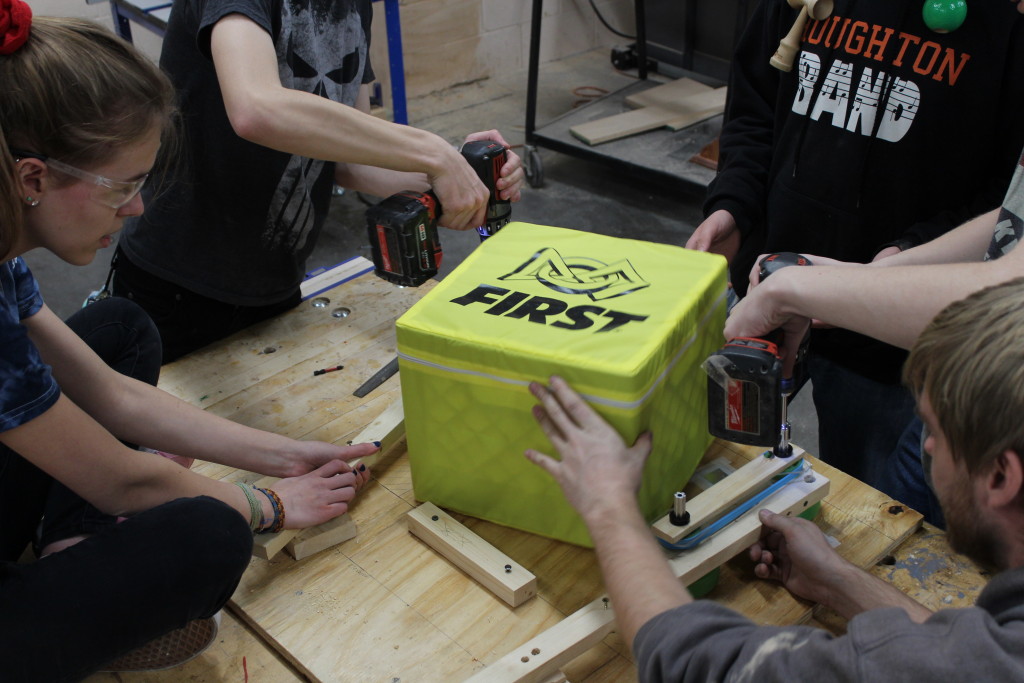 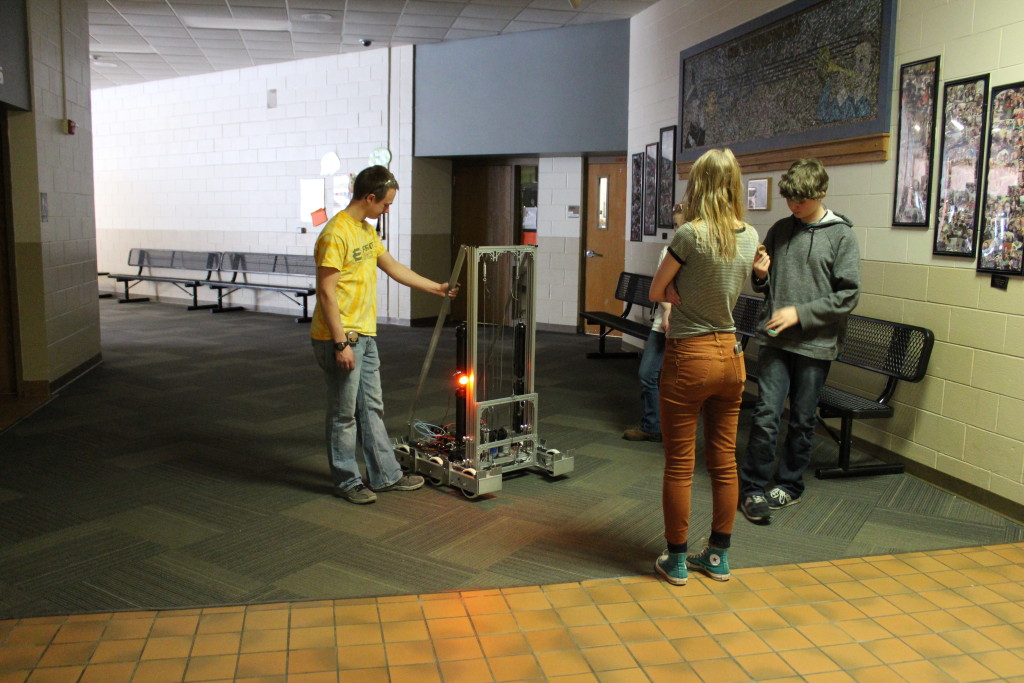 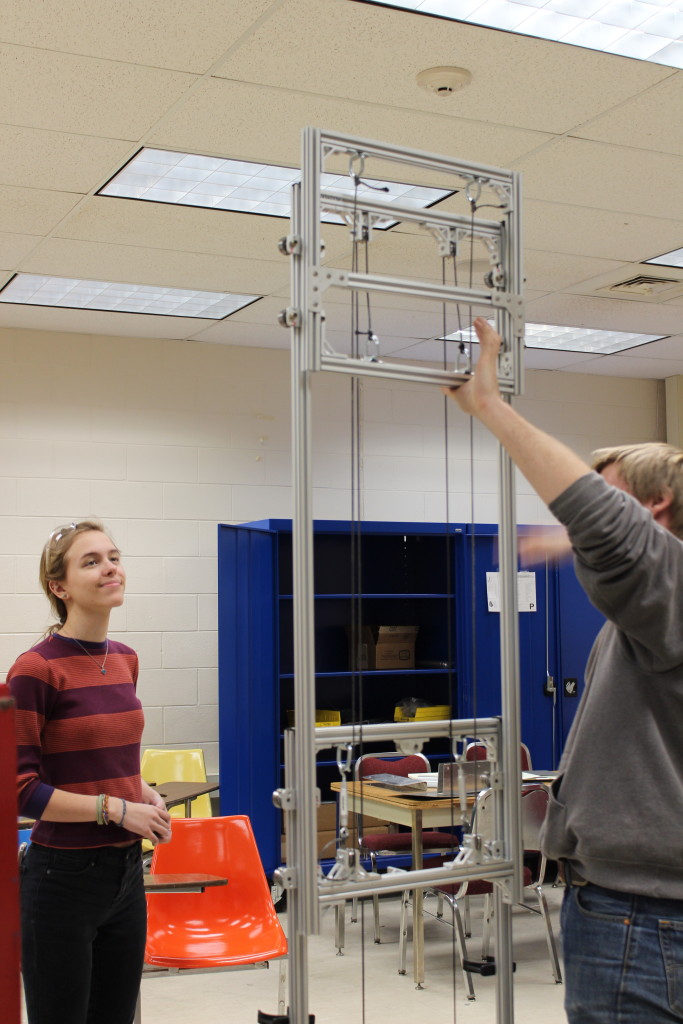 It’s been a while, but we just posted two videos of us testing the ramps on our 2018 robot, Francois XIX. Check them out below.

And see a special appearance by our 2016 robot / parade bot / off-season 2012-basketball-shooting robot.

We’ve now come to the end of our competition season.

This was enough for us to qualify for the Michigan State Championship event at Saginaw Valley State University. For the first time, one of our students was recognized as a FIRST Dean’s List Finalist – congratulations Danielle!

We just posted a video of our gear prototyping efforts to our YouTube channel. Be sure to check it out.

We’re halfway through the 2017 build season, and making good progress on the robot. After considering the game rules and scoring potential of various strategies, we have decided to build a “climbing gearbot”. Look out for coming updates.

This past week the team brainstormed and prototyped. Ideas included everything from a wedge to force the portcullis up, to treads fitted over wheels in case the treads broke.

Two types of launchers were prototyped, as well as two intakes or accumulators. The first launcher was a pneumatic catapult based on our 2014 robot. This was prototyped by strapping a dust pan onto the launcher of the 2014 robot to adjust for the smaller ball. The robot was then propped up to provide a better angle for testing. The other launcher was two spinning wheels, situated to either side of where the ball would be, which would catch hold of the ball and propel it out of the robot. The wheels being positioned on the sides had the added advantage of being short enough to fit under the low bar.

Two versions of an intake were prototyped as well. The first accumulator to be prototyped and tested was an auger. The auger was supposed to work similar to how the blades of a snow blower would work (pulling the ball in toward the middle), however, it did not work properly when tested. The other intake to be tested was the 2014 accumulator, a spinning rod with rubber pieces on it, combined with the auger as a second roller. This intake did manage to collect the ball and get it over the bumper. 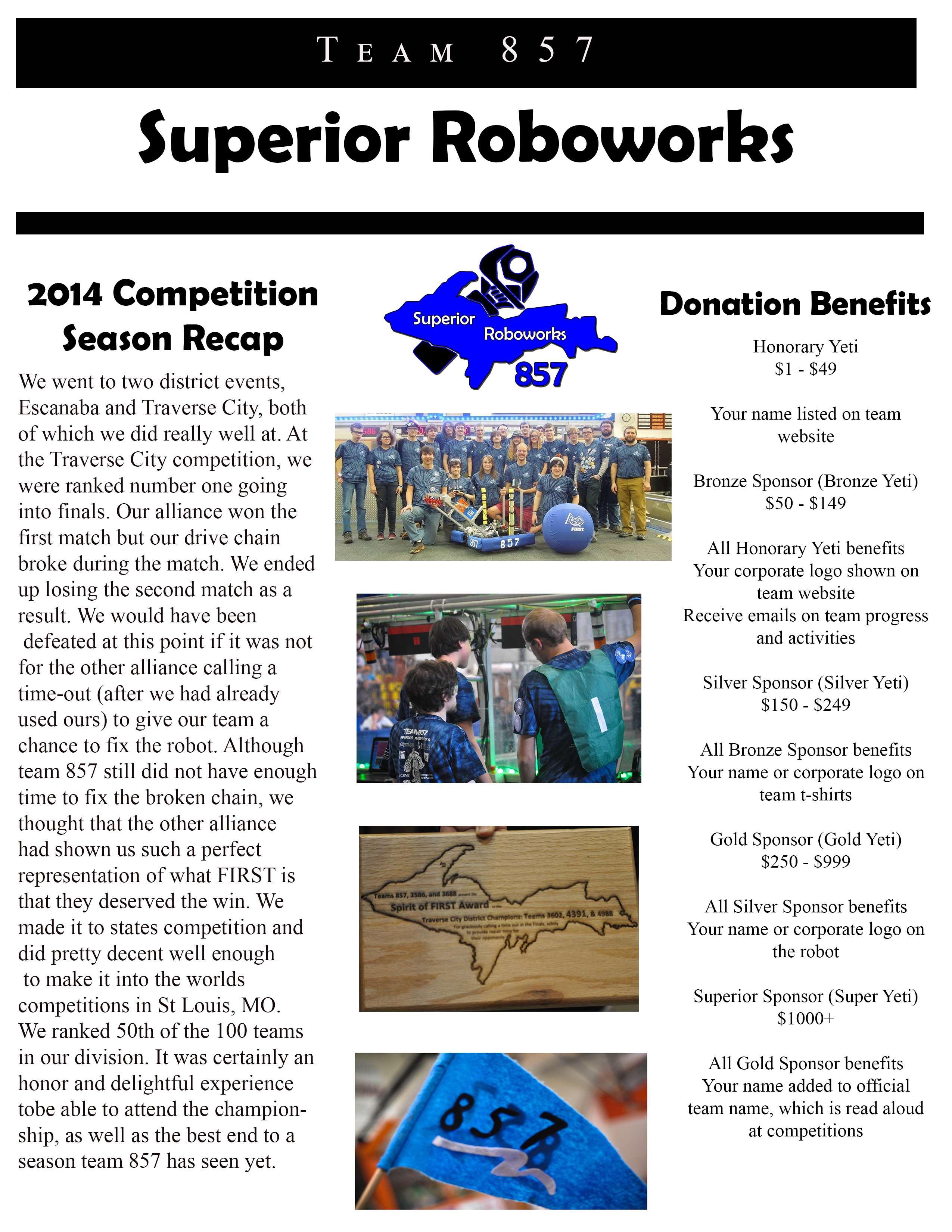 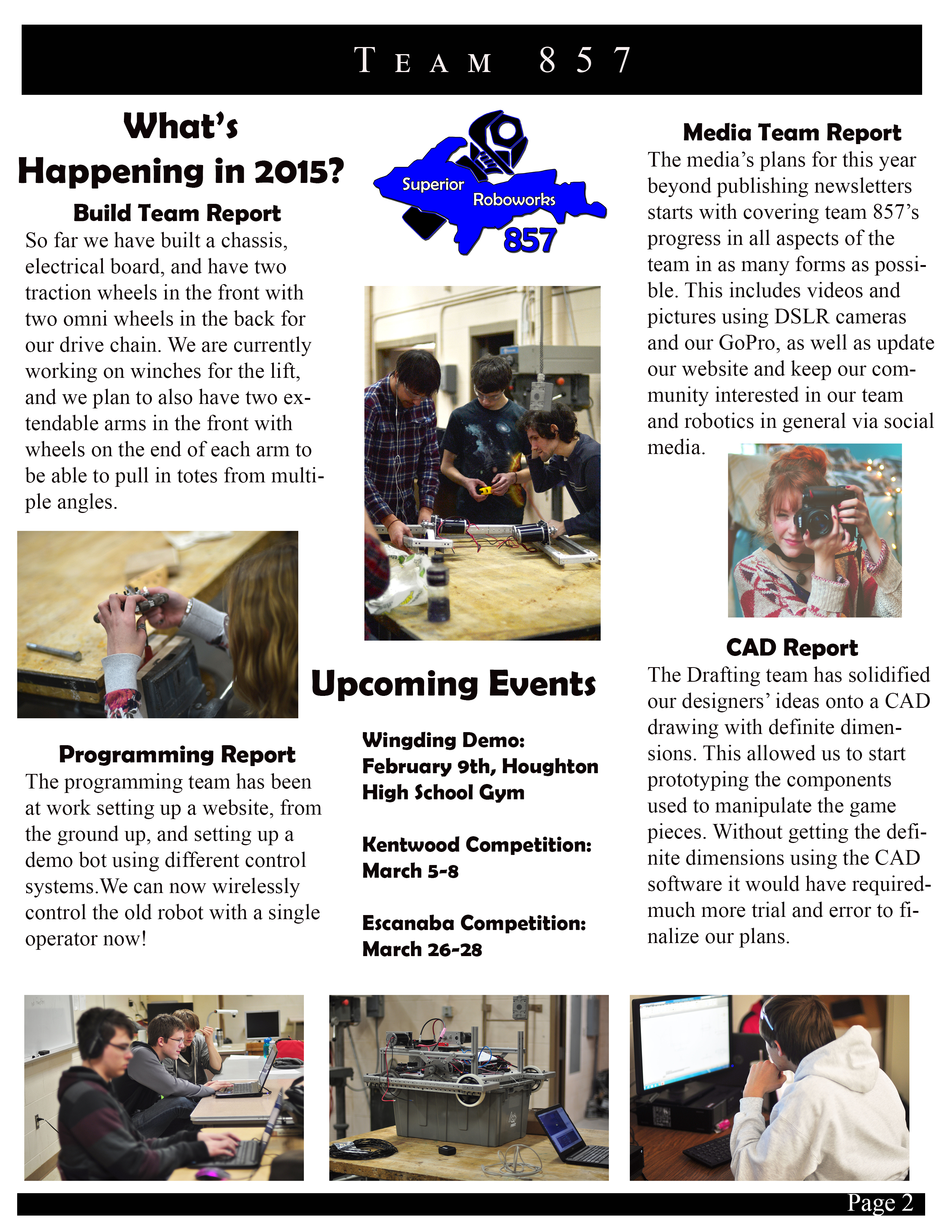